In a world of terrorism, murder and corporate fraud there are innumerable dangers lurking.  These hazards wait silently to destroy the fabric of our society.  In 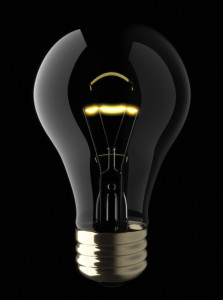 light of these alarming certainties, one question stands out – who really is the most dangerous type of person on the planet?  Surprisingly, it is no position on the FBI top ten list.  This person will not be hunted down by Interpol.  The most dangerous person is the pseudo-intellectual.

Certainly, that is a large claim. It’s somewhat of a pseudo-intellectual claim because I’m not providing any evidence to that fact, but I sure think it’s accurate.

I’ve seen it a thousand times.  A decent discussion between two people is interrupted by someone making a forcible argument.  The debate usually ends shortly thereafter and the third party arises victorious.  The problem, however, is that often this third party is not using real facts and their goal is to win, rather than find the truth.  It goes something like this:

John:  So are you saying that blue is the best color?

Cindy: Well, it seems as though the reflections of light often produce a very pleasing result with blue, don’t you think?

Larry (third-party): Wait you two.  I read a study once that said most people prefer orange, so it’s pretty obvious that orange is the best color.

Ah, Larry.  How can we not love Larry with his unverifiable “study” that he “read once” and his persuasive use of the word “obvious.”  Now, before we go too much farther, I don’t want to just Larry bash all day long.  Maybe Larry really did read a study that said people prefer orange, but without being able to verify that claim we have no way to know that the study wasn’t actually out of a Gap advertisement talking about their new line of sweaters and stocking caps.

Let’s give Larry the benefit of the doubt.  Even if there really was a study that said most people prefer orange, and it is completely true and acceptable in this conversation, his lack of bringing about a verifiable piece of information does not allow him to “win,” nor does it help John and Cindy see the truth.  Mostly it will just tick of John and Cindy.  From my experience, Larry’s win is most likely less of a “win” and more of a “let’s get out of here” resignation from the others.

In our discussions and debates with others we should try as much as possible to have verifiable claims.  If a majority of our sentences begin with “I think,” we should probably think harder.  Our arguments shouldn’t be made up out of thin air, but well-thought out explanations with claims that can be confirmed. Of course, we will all be in a circumstance where we remember the story, or study, or Bible verse that says such-and-such but we cannot remember where it was or who said it.  At this point let us proceed much more carefully than usual, with humbleness and a desire to actually find what we were quoting when the discussion recesses.

Mainly, let’s make sure we’ve got our facts straight and our heads on right before we make dogmatic assertions about other people’s beliefs.

Jeff is the founding Pastor of Revolution Church, and host of Truth Revolution. Not afraid to laugh at himself, his sermons contain plenty of examples of how he needs to apply what we are all learning.